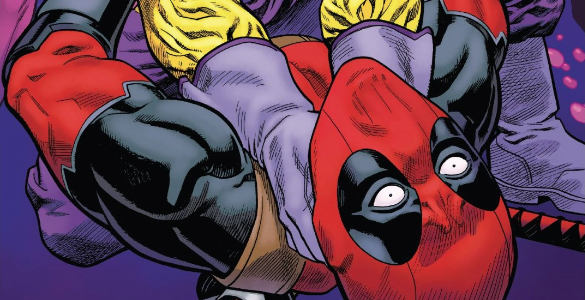 Despicable Deadpool 294 takes a break from Wade’s indentured murder-itude to Stryfe for a Madcap-themed interlude. Madcap has returned to enact terrible vengeance on his former mental roommate Deadpool. But in the wake of Secret Empire, Madcap realizes that Wade Wilson has already ruined his life himself.

The issue opens with Madcap returning in grand fashion: a song and dance routine. Scott Koblish draws the scene as if we are watching the performance broadcasted behind the blurry lines of someone’s TV screen. It’s a wacky way for Koblish and Gerry Duggan to reintroduce the indestructible maniac, but one thing I found interesting/distracting was the song itself. 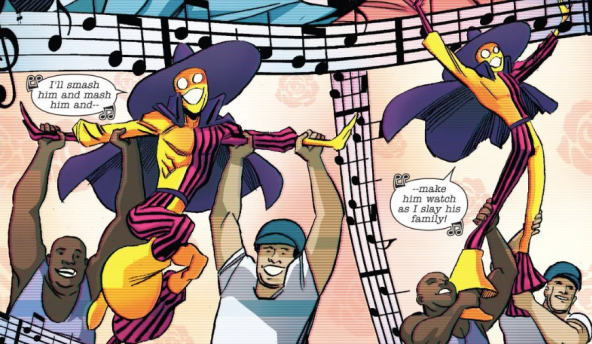 Comic books have many different ways to convey sound: LARGE WORDED SOUND EFFECTS, images distorted by the sound’s vibration, and, of course, the word balloon. One sound effect that I’ve found to be either hit or miss is song. Unless the characters are singing something like “Happy Birthday” or any number of recognizable Christmas songs, the tune is always left to the imagination. And I don’t know about you, but my imaginary tunes are…bad.

Wade has been preparing for Madcap’s inevitable return and hatches a plan that doesn’t kill him but will at least keep him occupied for a little while. The Collector adds “the indestructible clown” to his collection. Surprisingly, Madcap is totally fine with this. 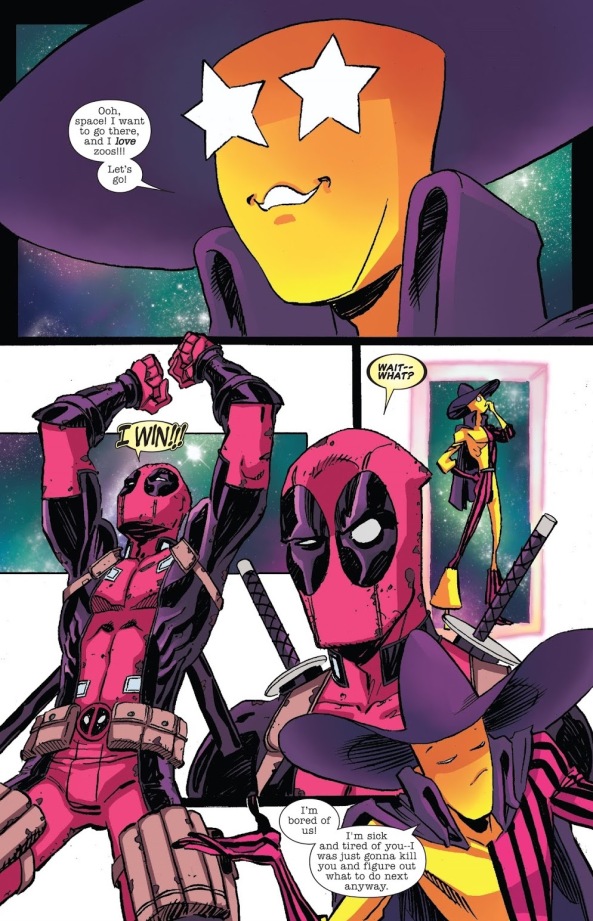 Wade has done Madcap’s job for him by destroying his family and turning himself into an outcast yet again. What it really is, is a break-up.

Poor Wade can’t catch a break; even his enemies don’t want anything to do with him. Worse still, Stryfe enters the picture once again and is demanding Wade finally kill his one time little buddy Evan Sabahnur: Kid Apocalypse.