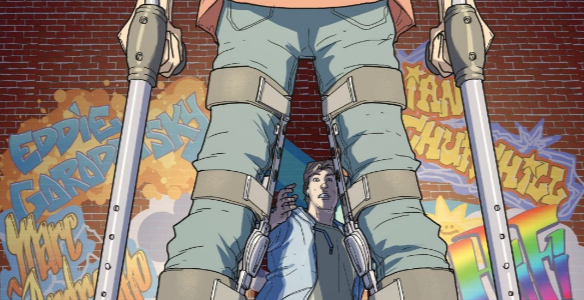 Comics and TV both exist on a spectrum between fully serialized and fully episodic storytelling modes. And any given series will move a bit within that spectrum, often to great effect — a typically heavily serialized story will offer up a beautifully self-contained installment, or a typically episodic one might find extra emphasis from that occasional “to be continued…”. As a miniseries, my expectations of serialization in The Further Adventures of Nick Wilson are even stronger, with each episode building to whatever conclusion writer Eddie Gorodetsky has engineered. Which makes issue 4’s episodic nature so refreshing — we couldn’t have seen it coming.

To be fair, there are a number of factors that make this issue stand out from its predecessors, including the distinctive style of guest artist Ian Churchill. Or should I say “distinctive styles,” as the story demands Churchill work in several. That’s in service of a Roshomon-like conceit, which again works to distinguish this issue from the rest of the series. We aren’t preoccupied with Nick’s relationship to Morganfeld or the museum, but instead with this single moment from Nick’s past. Indeed, Churchill draws that moment three times, each in a different style and perspective. The first, when Nick is relaying the story to Jane, emphasizes Nick’s heroism with golden age superhero stylization: 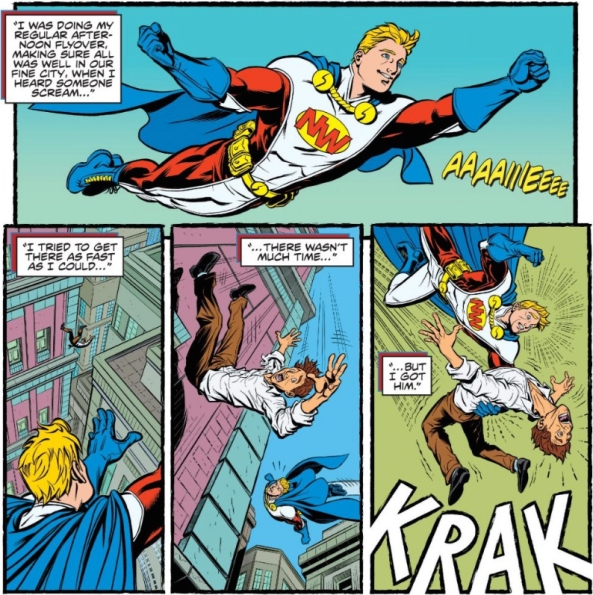 But when Nick retells that story to Chris, he’s more honest about his own culpability: he was distracted by his phone when he saw Chris falling, and that distraction may have been the difference between saving Chris and crippling him. Churchill draws this less-flattering version in the style of Archie, emphasizing Nick’s opinion of himself as a bumbling klutz: 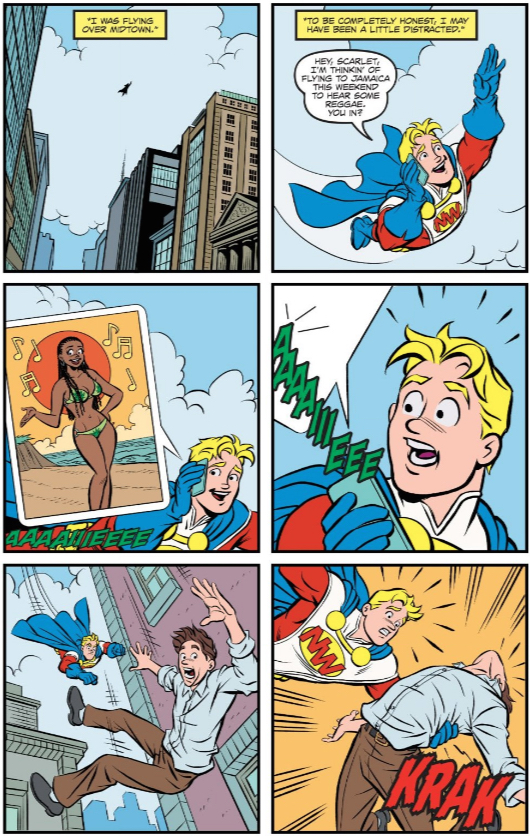 But it’s Chris’s own story that puts these events in context: he was attempting suicide when Nick caught him. For the darkness of that kind of existential crisis, Churchill opts for a style closer to a German woodcut: 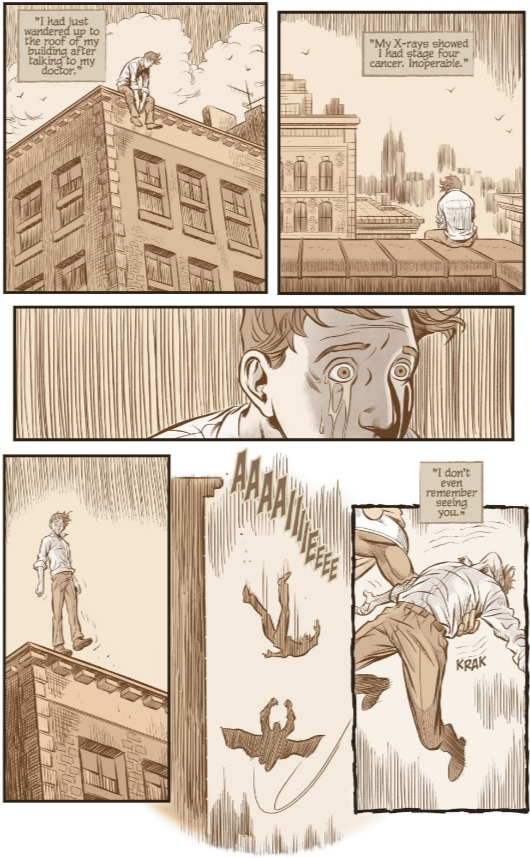 The effect is a very thorough understanding of this singular moment from Nick’s past, independent of whatever may be happening to him in the present. There are hints of those more serialized threads running through the issue, sure, but the singular focus and moral of this issue make it stand alone.