“Honor the past, celebrate the present and embrace the future.”

Gerry Duggan’s Deadpool is dead, long live Gerry Duggan’s Deadpool! Duggan wiped the slate clean for future Deadpool creators by having the Merc with the Mouth wipe his own painful memories from his mind. Surprisingly, Skottie Young makes note of this mind wipe in Deadpool 1 — both in dialogue and in the opening credits pages. 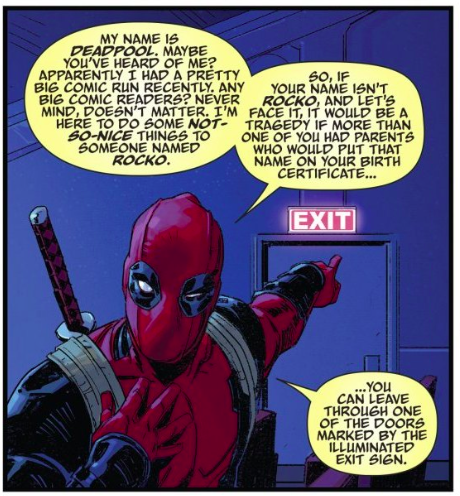 Deadpool is still breaking the fourth wall, still has a big ego, and in light of his memory loss, he’s just going to have to assume that his recent comic book run was “pretty big.” 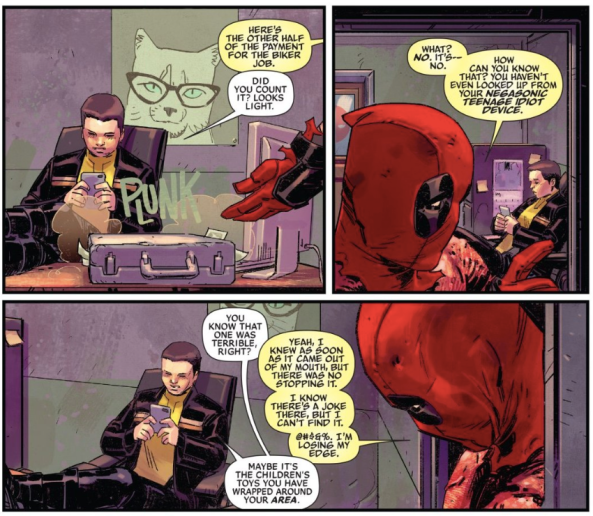 Young is is going off of the (very strong) assumption that most of the people reading Deadpool 1 have at least seen the first Deadpool movie, making a proper introduction unnecessary. Nic Klein even models his 2D version of the character of the 3D version in the film played by Brianna Hildebrand.

Finally Deadpool 1 celebrates the future by seemingly launching Wade Wilson into the middle of an Avengers-level event, with a Celestial to boot. Maybe it’s just coincidence, but in the pages of Jason Aaron’s Avengers, Earth’s Mightiest Heroes are also currently fighting these ancient powerful giants.

With a healthy dose of comedy, violence and the grotesque nature of Wade’s powers, Young and Klein have made their missions statement clear: it’s time to bring the fun back to Deadpool.