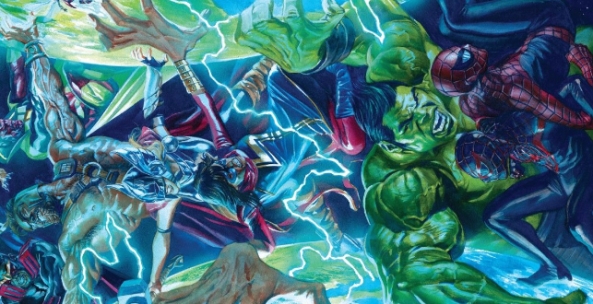 Avengers 672 opens with both the Avengers and the Champions having the same fight in two different places. A new satellite is about to reveal images either confirming or denying proof of the High Evolutionary’s Counter Earth, a planet sharing our orbit on the far side of the sun. Nova and Peter Parker have both been to the planet, but Amadeus and Wasp insist that it cannot exist because it would defy all laws of physics and throw off the balance of the entire solar system. Mark Waid and Jesus Saiz use this scenario — of two planets that cannot share the same orbit without causing destruction — to illustrate the problem facing both of these teams: they can’t be in the same place without tearing each other down. END_OF_DOCUMENT_TOKEN_TO_BE_REPLACED