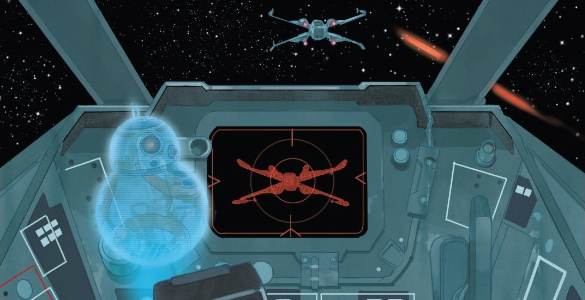 In the battle of good vs. evil, two things are usually true about the bad guys: they are stupid and they are crazy. In Star Wars: Poe Dameron 23, writer Charles Soule gives us some examples of both of these in the First Order agents Malarus and Terex.

Agent Terex has been reprimanded by The First Order and out on a short leash in the form of cybernetic implants. The smart evil thing to do would have been to kill Terex’s disobedient ass. Terex is a greasy little weasel so it’s no surprise that he finds a way to disable his implants and take back control of his body. Of course he’s got to electrocute his head every now and then to keep the implant out of commission, the sight of which leaves the captive Lor San Tekka very confused. 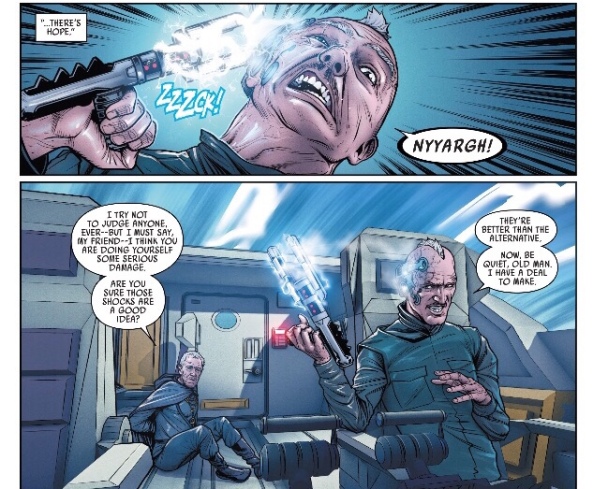 Speaking of self-inflicted head injuries, there’s Agent Malarus. Malarus has commandeered Poe’s X-Wing and is firing on Black Squadron. With a little push from her eye-stabby drug, she goes on a rampage and pushes the ship and her body to their physical limits. 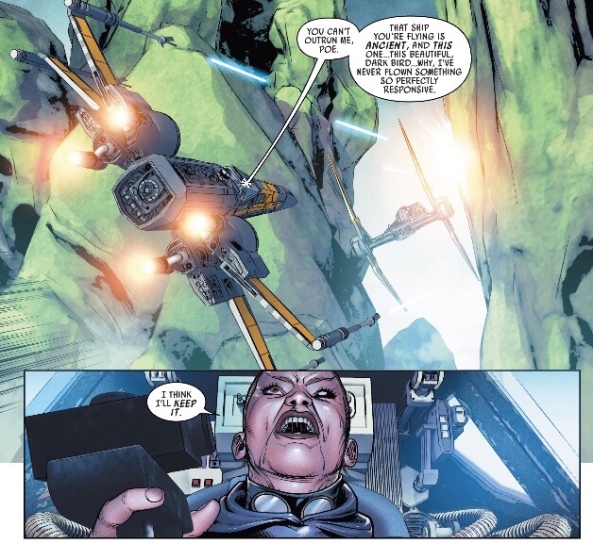 Malarus’ type of crazy doesn’t seem like the type that can last — I’m surprised she’s lasted this long, and odds are she’d burn out sooner or later. I like how much Malarus is impressed by her stolen X-Wing. The Rebels always have the cooler ship;, it’s a wonder why The Empire/First Order doesn’t steal their design more often.

Angel Unzueta brings the brutal images of Terex and Malarus harming themselves to life in…shocking detail. One thing I’ve found a bit unsettling about Unzueta‘ photo-realistic art is his depiction of Leia. 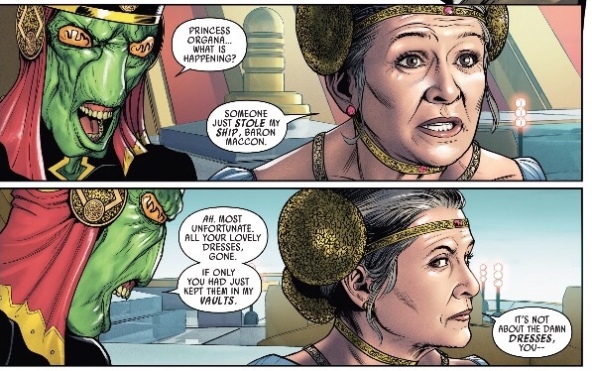 There’s something visually creepy about her in this arc. Then again, maybe I just don’t think that Leia can pull off a Queen Amidala dress at her age. Sorry Princess.