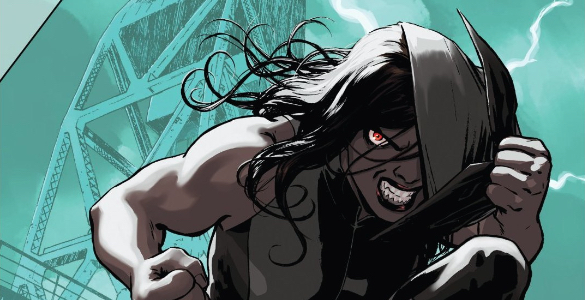 This issue opens with a heartbreaking flashback sequence chronicling the simultaneous loss of innocence for two young girls. One is Amber Griffen, whose father was killed at his first day on the job protecting a presidential candidate. The other is Laura Kinney, who was the assassin sent to kill that candidate (and anyone else within clawing distance). Years later, it’s easy to understand why these women would be enemies, but Tom Taylor and Djibril Morissette-Phan take care to demonstrate that Laura is every bit as victimized by these events as Amber, telling their stories in parallel to drive that point home. 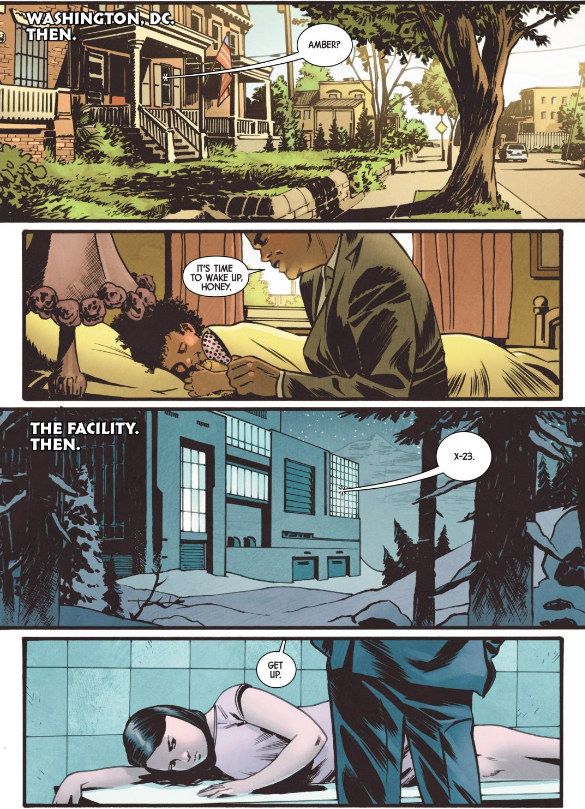 It’s a sequence that only gets more heartbreaking as it drives towards its inevitable conclusion, as these two stories tragically become one. It’s a bravura way to set up the conflict of this issue, as Amber and Laura head off to find the Neo-Nazi that organized the hit in the first place.

Of course, exactly what they plan to do with him is very much up in the air. 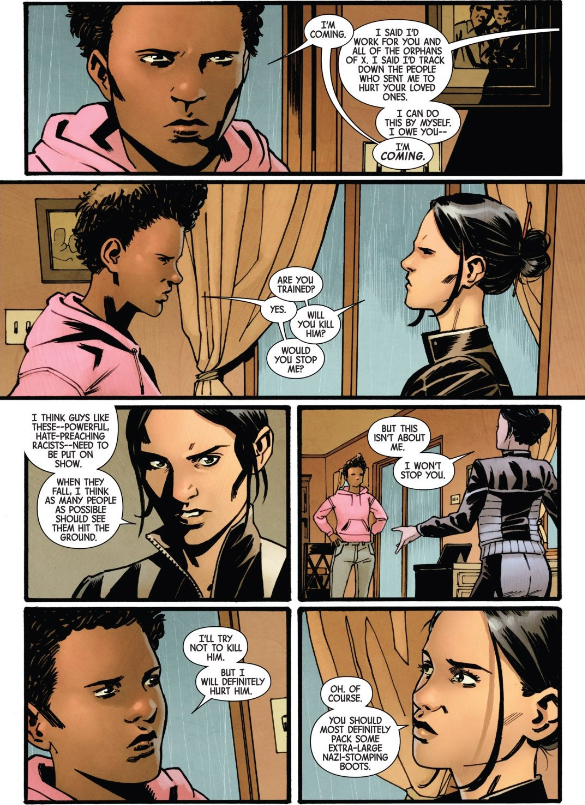 Laura’s position here is fascinating to me. She’s doing everything she can not to kill this guy, but she’s not going to insist that Amber do the same. This isn’t a hero that’s going to ram their “no killing” rule down their allies’ throats — she’s just not going to partake in the killing. It suggests a comfort with death and revenge that I can’t quite get my head around, though it’s fortunately a moot point, as Amber ultimately opts not to kill Nazi dude.

What Amber does do, though, is take Laura up on that invitation to bring some Nazi-stomping boots. In what must be the best moment of the issue, Amber and Laura don those boots together to exact a little bruising revenge on their way to actual justice. Only, the image we see isn’t of the adult Amber and Laura — it’s the two of them at the age they were in the opening flashback:

In this way, Taylor and Morissette-Phan can imply catharsis — the closing of that wound that opened years ago — without having these characters just say what they’re feeling. Maybe “catharsis” is the wrong word — it could just be that the young girls we meet at the beginning of the issue are finally getting the revenge they so desperately wanted. Either way, it’s a powerful image that works beautifully as a response to this issue’s opening pages.

One comment on “All-New Wolverine 32 finds Catharsis in Revenge”