Quick, what distinguishes Batgirl from Batman? The specifics may have changed over time, but one of the key components of her current incarnation is that she’s a bit more street level, tackling cases that impact her local community as opposed to ones that threaten the entire city, country, world, or fabric of reality as we know it. Her relationship to commissioner Gordon is also more fraught, as her closeness with him in civilian life complicates her interactions with him in her costumed life. And then there’s her compassion. Batman can be a bit flexible on this front — in some stories, he goes out of his way to help would-be criminals make smarter choices, in others, he goes out of his way to break as many of their bones as possible — but Batgirl almost invariably leads with empathy. It’s an approach that can occasionally blow up in her face, as it does in issue 24, but never so much that she can’t course-correct. END_OF_DOCUMENT_TOKEN_TO_BE_REPLACED 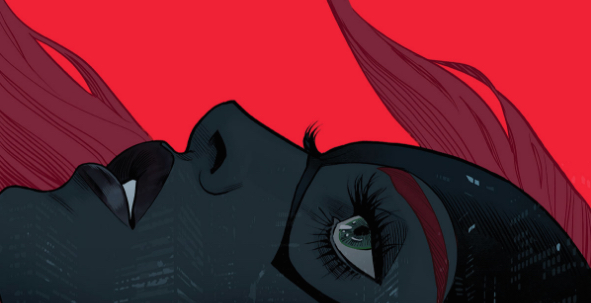 We all have patterns. We run through them again and again until, one day, we finally see ourselves clearly and choose a different path.

Let’s hear it for the quarter-life crisis. We tend to hear more about the mid-life crisis as either a pitiful or destructive force (usually middle aged men blowing money on a sports car or torpedoing their family life for a young girlfriend), but I think the quarter-life crisis is almost the opposite. As society extends adolescence well beyond the teenage years, and careers now take longer to kickstart than they did in generations past, the “what am I doing with my life?” urgency that kicks in around 25 can add some guiding structure. Maybe I’m biased in that way — my own quarter-life crises forced me to identify concrete goals that eventually sent me back to school — but I think a lot of us fall into a rut in our early 20s that we only later get the perspective to shake us out of. Maybe it’s a dead-end job, or an unfulfilling relationship, or a crummy apartment, or bad eating habits. For Barbara Gordon, that rut is a literal mind loop, preventing her from moving forward with her life. END_OF_DOCUMENT_TOKEN_TO_BE_REPLACED

One of my favorite anecdotes (not mine), involves some confusion at an Arby’s drive-thru — a woman orders orange juice and drives away with a cup full of au jus. Of course, the entire premise of that story requires us to accept that anyone would order orange juice at an Arby’s, but I like the punchline enough to justify that minor suspension of disbelief. And that really is how I think about suspension of disbelief: if it’s justified — even retroactively — I’ll happily go along for the ride; if not, then the very odd detail of the orange juice at the Arby’s drive-thru probably shouldn’t be there. Such is the case with Batgirl 21, which finds both Babs and Jim independently investigating the same supernatural phenomenon, but never quite justifies their choices. END_OF_DOCUMENT_TOKEN_TO_BE_REPLACED

Batgirl’s eidetic memory has long been one of her most valuable assets as a crime fighter. Remembering crime scenes in intricate detail or the face of every suspect she encounters makes detective work almost a natural extension of her being. Indeed, her eidetic memory has proven so essential to her detective work, it’s easy to forget that it has dramatic possibilities beyond that. Or, at least, other creative teams have made it easy to forget — not so with Hope Larson’s run, which has found countless inventive ways to use Batgirl’s eidetic memory. With issue 20, Larson finds yet another great use for it, as Batgirl takes a drive down some literal memory lanes. END_OF_DOCUMENT_TOKEN_TO_BE_REPLACED

Drew: Referring to the setting of a story as a character has always irked me. Never mind that it’s a total cliche, but it’s almost invariably applied as a shorthand for a sense of place we all recognize that the story relies on as a crutch. In that way, I suppose settings are used as characters, but they’re stock characters, no more remarkable than, say, “high school jock” or “loose cannon cop.” The genericness of locations-as-characters only becomes more exaggerated in the fictional cities of comics, which have seen just as many interpretations over the years as the heroes that occupy them. When Gotham has been interpreted as everything from gothic to neo-gothic to art deco to just straight-up modern, and from post-apocalyptic to post-corruption, it’s impossible to generate any sense of setting without elaborating on this particular interpretation of the city. Fortunately, Cameron Stewart and Brenden Fletcher do just that as they take the helm of Batgirl, lending specificity to their Gotham by, of all things, co-opting the stock character of Brooklyn. END_OF_DOCUMENT_TOKEN_TO_BE_REPLACED