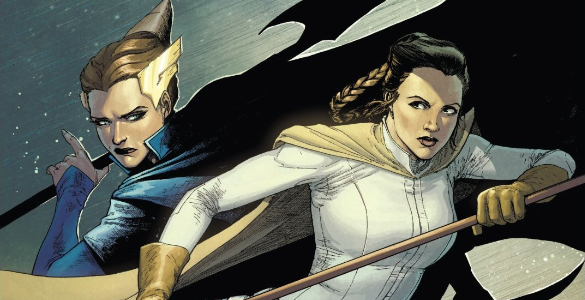 I’ve always considered Marvel’s Star Wars comic to be an extension of the Original Trilogy — a way to continue telling stories with the characters and within the framework that most fans are familiar with — but Kieron Gillen and Salvador Larroca’s Star Wars 43 surprises by also acting as a satisfying coda to 2016’s Rogue One. From closing the book (for now) on Jedha to calling back to Princess Leia’s final line in the film, Star Wars 43 neatly bridges the gap between “old” Star Wars and “new” Star Wars in way that fulfills the promise of post-George Lucas single canon Star Wars cross-media world-building.

And as sterile and filled with corporate buzzwords as that all sounds, it’s effective when it works.

END_OF_DOCUMENT_TOKEN_TO_BE_REPLACED 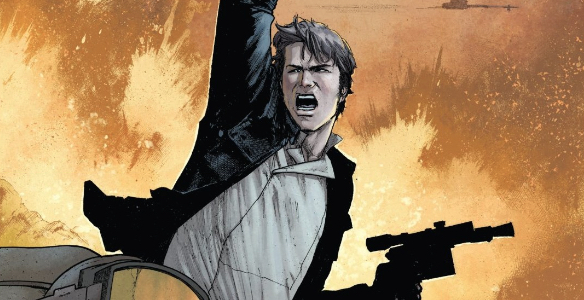 Very little has been leaked about the new Han Solo movie, and depending on who you talk to, that may or may not be a very bad thing. Even though its release is only a few months away, details about it are sparse with the exception of a few tidbits, such as explaining how Han and Chewie first met. Unless Disney has changed the lore drastically, this will probably take the form of Han saving Chewie’s life so the former owes the latter a life debt. While that might be the basis of their relationship, in Star Wars 42, we see that there’s so much more to it than just that. END_OF_DOCUMENT_TOKEN_TO_BE_REPLACED

Thank you Mario! But our princess is in another castle!

Drew: Ah, the MacGuffin hunt; is there a more straightforward objective in all of fiction? Sure, that may also make it one of the most common objectives in all of fiction, but that hasn’t stopped it from generating some truly great stories. It’s just a clean, simple way to motivate characters to action. “We need the thing for reasons” is the general gist, but there’s actually a cleaner, simpler motivation if the MacGuffin was stolen from the hero. Now the “reasons” don’t need to be mired in mythology about the significance of the “thing” — getting back what is rightly theirs is more than enough justification for action. This is exactly the scenario Carol finds herself in in Captain Marvel 12, jettisoning any need for exposition in favor of high-flying space action. END_OF_DOCUMENT_TOKEN_TO_BE_REPLACED