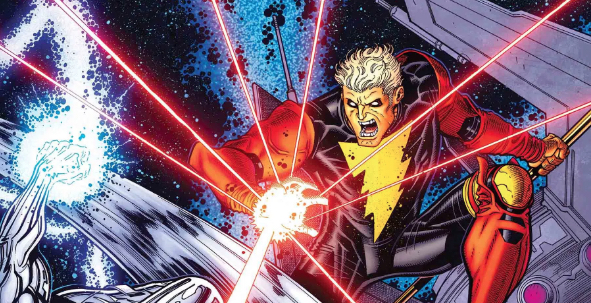 One of the things that the Marvel Cinematic Universe has done right since its inception is to make their movies funny. Of course, some movies are funnier than others. Thor: Ragnarok has more humor than the first two Thor movies combined. Even the grandiose Avengers movies always find time for a laugh in between the action and making sure every hero has their proper amount of screen time. This humor isn’t always present in Marvel comics, and huge crossover events are often more muted in their humor. Luckily, that’s not the case with Infinity Countdown 3. END_OF_DOCUMENT_TOKEN_TO_BE_REPLACED 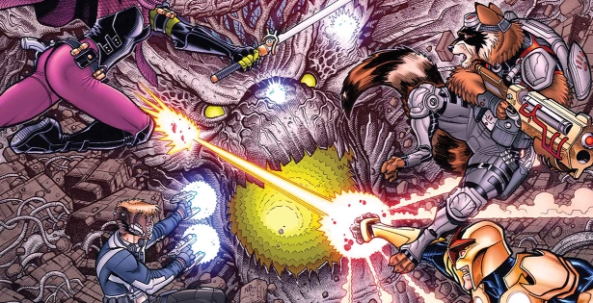 Life is literally defined by two things: birth and death. Sure, there’s a bunch of stuff that comes between those two milestones, but if you’re looking for something that all living things have in common, birth and death are pretty much it. Unsurprisingly, these two events have taken on a symbolic meaning for us humans. Ideas such as Yin and Yang, Light Side and Dark Side, Good and Evil, all stem from the dichotomy between the giving and extinguishing of life. It’s unsurprising, then, to see these two pillars of life make an appearance in Infinity Countdown 2. The grand scale of narrative presented is ripe for such grand themes as birth and death. END_OF_DOCUMENT_TOKEN_TO_BE_REPLACED 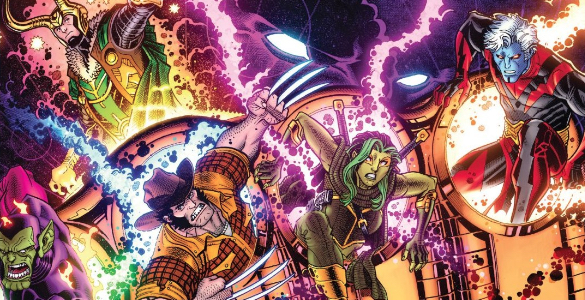 A couple days ago, the Merriam-Webster Dictionary made news when it announced that the word “embiggen” would be added to their tome of actual, real words. It is a shocking move for some because the word owes it’s origins to the The Simpsons and, in part, to Ms. Marvel, both of which are steeped in pop-culture, a force that is sometimes thought of the destroyer of language as opposed to its creator. With this news in hand, it seems fitting that this week Marvel is releasing the first issue of Infinity Countdown, which, if this installment is any indication, embiggens the narrative surrounding the universe’s most sought-after stones.  END_OF_DOCUMENT_TOKEN_TO_BE_REPLACED 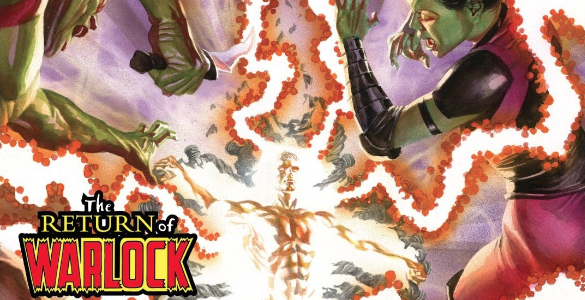 And so the Guardians’ time as Nova Corpsmen seems to have come to an end as they finally root out the Raptor spies posing as Novas. Guardians of the Galaxy 150 wraps up the Nova arc while setting the stage for Infinity Countdown. Overall, it’s a little messy. I’ll say this for the issue though, it finally gives Ant-Man his due. Every now and then Ant-Man pulls out a show-stopping performance that makes you wonder “why doesn’t he do that ALL the time?!” END_OF_DOCUMENT_TOKEN_TO_BE_REPLACED 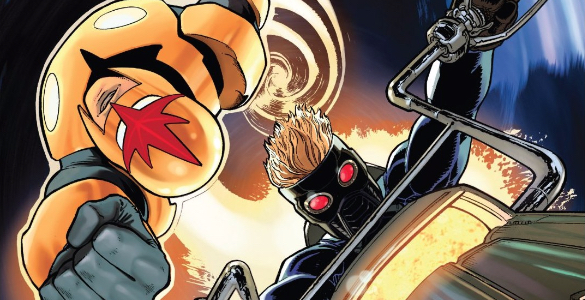 What happens when the lovable misfit space pirates becoming the lovable misfit space police? The Guardians have teamed up with The Nova Corps to sniff out Shi’ar spies and track down the missing Infinity Stones in Guardians of the Galaxy 147. Joining the Novardians of the Corlaxy is Ant-Man (Scott Lang), who is trying to redeem himself in light of his Secret Empire betrayal. END_OF_DOCUMENT_TOKEN_TO_BE_REPLACED

Spencer: Stop me if you’ve heard this one before: two heroes meet, but a misunderstanding causes them to fight for a while before they inevitably team-up. Wait, why didn’t you stop me? You’ve all heard this one before; TV Tropes calls it “Let’s You and Him Fight”, and it’s easily one of the best-known tropes in comics. Nova 13 is one large “Let’s You and Him Fight” scene between Sam and Beta Ray Bill, and while there’s definitely a lot of fun to be had with the fight, ultimately Gerry Duggan and Paco Medina don’t do anything interesting enough to justify devoting so much time to such a tired concept. END_OF_DOCUMENT_TOKEN_TO_BE_REPLACED

Spencer: Teenage superheroes are kind of my specialty. The many incarnations of the Teen Titans were my gateway into mainstream comics in general, and my undying affection for the recent Young Avengers series is well known around the metaphorical Retcon Punch offices. I feel like I know the structure and tropes of these stories like the back of my hand, which makes it even more surprising to me how effectively Nova subverts them. Nova isn’t a book full of teenage angst or love triangles, and it isn’t even a book about the exhilarating freedom of being a teenaged hero, not really. Instead, writer Gerry Duggan has crafted a book that shows the toll being Nova has taken on Sam Alexander’s personal life, a book about how handing ultimate cosmic power to a fifteen-year-old kid is probably a really bad decision, no matter how pure that kid’s intentions are. END_OF_DOCUMENT_TOKEN_TO_BE_REPLACED