Second verse, same as the first! A little bit louder and a little bit worse!

Drew: Repetition is everywhere in art, from the themes of symphonies to the expectation that the hero will prevail, but do you ever wonder why we like repetition so much? Doesn’t it also make art tired and predictable? I suppose some material is more conducive to repetition than others — star-crossed lovers is a more versatile premise than, say, a hot tub time machine — but I would argue that everything can overstay its welcome. Comics are particularly prone to repetition (who will Superman save the day from this week?), but Scott Snyder and Greg Capullo have taken that repetition a step further, regularly weaving recreations of iconic Batman moments into their run (even as recently as last issue). Their love and respect for Batman’s mythology is beyond reproach, but that very emphasis they give every moment may have hit the point of diminishing returns in Batman 36, as Snyder struggles to make Joker even worse than he was the last time he showed up.

The problem, of course, is that Snyder did too good of a job making “Death of the Family” an effective “The Joker is back and somehow more sinister than ever!” story, even going so far as to have virtually every character remark that he was the scariest he’s ever been. This go-around, he’s supposed to be even scariest-ier, but there just isn’t headroom for actual scariness, forcing Snyder to just go bigger with the story, putting all of Gotham in the crosshairs. “Gotham hangs in the balance” is as classic a Batman premise as any, but again, suffers from its proximity to the similarly big Zero Year.

To his credit, Snyder doesn’t shy away from the repetition — indeed, the sheer number of encounters Bruce has had with Joker becomes an important plot point. 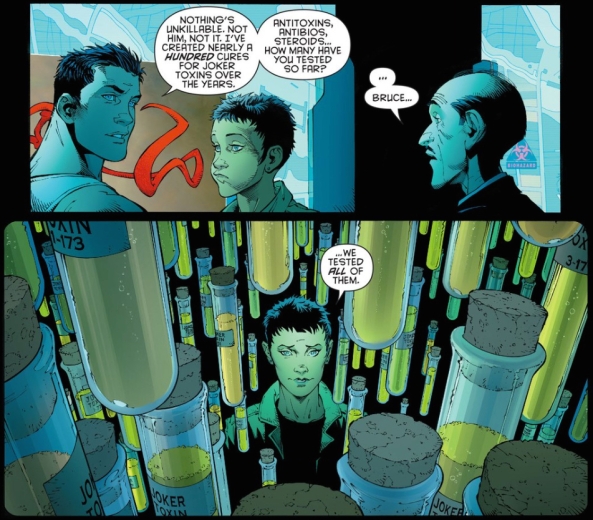 While this moment works to establish that Bruce hasn’t faced this particular iteration of the Joker Toxin before (which, no duh — a virus is obviously not the same thing as poison), it also emphasizes just how routine synthesizing these anti-toxins has become. I mean, what reason would Bruce have for synthesizing all of these different cures unless the old ones didn’t work? Why should this time be any different?

Oh, right, the bigness. The downside there is that Snyder’s strength with psychological drama doesn’t scale up to epic size very well. The previous arcs all worked because they focused on Bruce’s most important relationships, like his allies or Gotham itself, but without that kind of ballast here, Snyder aims to make the emotions bigger, putting Bruce face to face with Joe Chill in a recreation of his parents’ murder. 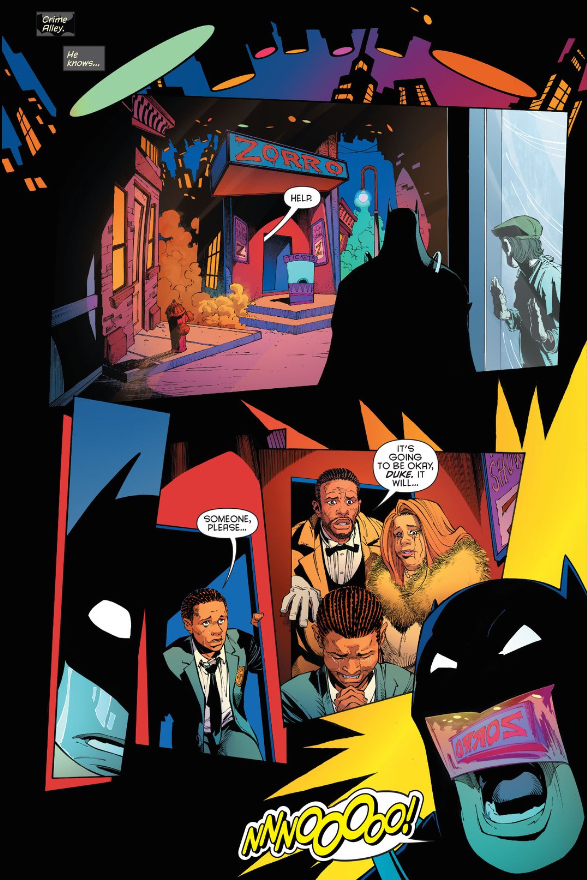 Unfortunately, the sequence is too visually jumbled to have any emotional impact. Apparently, Batman and Chill are looking into a second glassed-off room that Batman doesn’t have access to, but Chill does. There’s no way to know that from this page, but it becomes vitally important, as that glass delays Bruce’s rescue of the family — not from Chill, but from the horde of infected that swarm the scene as soon as Bruce breaks the glass. That sounds convoluted, but it’s even harder to follow on the page, which incomprehensibly draws parallels to Batman and Joker.

Though actually, the Joker stuff fares much better, delivering actual horror beats where the Batman stuff feels both over- and under-done (which I suppose makes sense, given that Snyder mostly just tried to multiply his recipe [BAKING JOKES!]). Old photos with Joker hiding in the background or even Joker hiding under Gordon’s bed — something he alluded to way back in issue 13 — are much creepier than anything Bruce encounters, playing into that “he’s just a man…isn’t he?” question that has come to define Snyder’s take on the character.

For me, though, those moments only served to remind me of better times with Snyder and Joker. Snyder has said that this is a farewell to the character — at least for the time being — but I think it may be coming a bit too late. Snyder used the Joker so effectively in “Skeleton Key” and “Death of the Family,” but with those arcs still relatively fresh in our memories, it’s hard for this one to find much new ground to cover. The promotions for this arc have called it a “game-changer,” but so far, it feels like too much of the same.

Ryan: Drew, I believe we are on the same page when I say that this issue is not without merit; readers of the multitude of Batman titles have just seen similar things done just as well, fairly recently. For example, the last time we saw the citizens of Gotham controlled by a malevolent force causing anarchy was back in February, 2013, during the incredible first arc of Batman Incorporated. And when is the last time we saw a villain with such chronic, deep-seated roots in Gotham that they challenge Batman’s understanding of the very city for which he fights? Well, Snyder couldn’t have done that better himself in the “Night of the Owls“.

Before we lambast this issue too hard for its re-trodden ground, I would like to give credit where credit is due. One of Snyder’s strengths is his ability to infiltrate Bruce Wayne’s head, which ranges from a ponderous place contemplating historical minutia or the stress points in high density glass, to an insecure echo chamber of self-doubt: 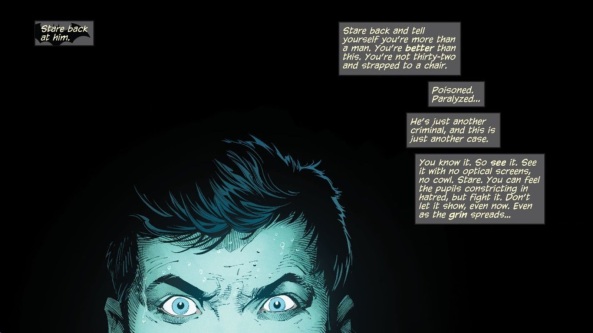 Ignoring the depressing fact that Bruce Wayne is only four years older than I am, it is refreshing to see our titular character shaken. Yes, the quarrel here is a tale as old as time, but Snyder’s twist on Joker’s patented MO — testing Batman because they need each other (which culminated in Death of the Family) — attempts to truly mix up the status quo between the two. I still have plenty of hope in how this new dynamic between protagonist and antagonist will play out during the arc’s crescendo.

I agree with Drew’s analysis of the Joe Chill scene, but I stopped suspending my disbelief during a different moment in the comic. James Gordon shows his detective chops while investigating Gotham Presbyterian Hospital and its history with tragic accidents. His cursory viewing of old newspaper articles reveals that the devil in the walls plaguing this institution may indeed be the Clown Prince of Crime, who shortly thereafter attacks Jim. 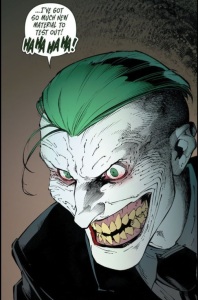 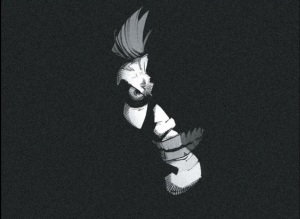 We see the Joker plainly in the first picture, sporting his new haircut — one described by my hair stylist as “the Danish style”. Yes, I consulted an expert. Then we see Joker looming in the background of the aforementioned newspaper photograph. Here’s where you lose me: does Capullo expect us to buy that the Jester of Genocide sported his new, hipster/fútbol haircut back in 1910?! Do I believe for one second that out of the numerous visual incarnations of the Joker through the years, that in the same year that Russia absorbed Finland, the Ace of Knaves wore his hair as such?

Haircuts aside and despite its interesting moments of psychology and action, to me, this current arc feels as if someone — Snyder or otherwise — thought, “I want Batman fighting the Justice League, but I do not know how to make that happen”, and thus the Joker virus conceit was born unto the world. So, now I wonder: is this just Snyder recycling tried and true Batman tropes (Joker’s nefarious scheme, Gotham in peril, other heroes rendered incontinent — did I use that word correctly?) or more of a gimmick designed to hit certain high notes? I hate to be too critical when Snyder regularly delivers such good content, and this issue would be fine were we to view it in a vacuum; however, no matter how Formalist one is in their literary criticism, art just does not work that way.