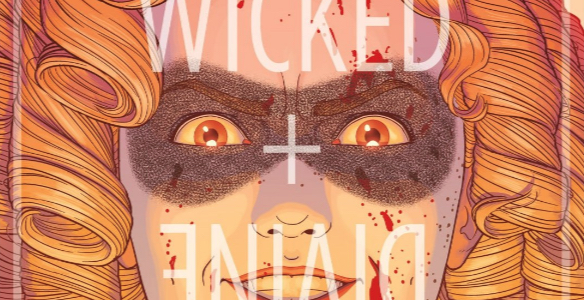 It should be no surprise that almost every character in Kieron Gillen and Jamie McKelvie’s The Wicked + The Divine are hiding major secrets, nor that, as the series enters its final year, more and more of those secrets are coming to light. What might be a bit surprising, though, is how well the cast leverages these secrets — both their own and others’ — in order to get what they want. Secrets can be a liability, but in the world of WicDiv, they’re just as often an asset, a weapon just waiting to be fired. END_OF_DOCUMENT_TOKEN_TO_BE_REPLACED

There are some stories that fall apart once they start giving out answers. Maybe all it had going for it was its mysteries, or maybe the mythology ended up dull or nonsensical, or maybe they spelled everything out in a long, listless exposition drop — the point is, the spark’s gone once the story reveals its secrets. Thankfully, The Wicked + The Divine is not one of those stories. Kieron Gillen and Jamie McKelvie turn doling out answers into an art-form, finding ways to fascinate even when revealing truths to their cast that readers already know. END_OF_DOCUMENT_TOKEN_TO_BE_REPLACED

The Wicked + The Divine 33 is an absolute gamechanger of an issue (I know we put a spoiler warning before every article, but I just want to reiterate — you do not want this issue spoiled), one that made me rethink everything I thought I knew about the series, and which has me eager to go back and reread it from the beginning. Writer Kieron Gillen addresses this in his letter that closes the issue, stating that he and artist Jamie McKelvie have been unable to even disclose one of the three major themes of the series before because it would have spoiled issue 33’s big reveals. With so much out in the open now, though, I think I have a solid idea what that theme might be. END_OF_DOCUMENT_TOKEN_TO_BE_REPLACED