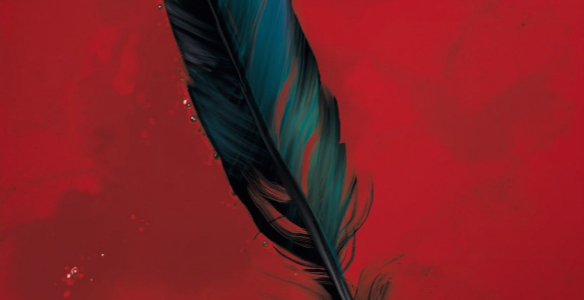 As its title would suggest, Saga is a series with an ambitious scope and a sprawling cast, one where the perspective often shifts between various groups of characters, even though we can count on Marko and Alana’s family to be at the center of events at any given time. It’s also a series where nothing stays the same for long, allowing for any number of shocking betrayals, alliances, deaths, and shifts in the status quo. This all comes heavily into play in Saga 54, an issue that upends the series’ world in ways we’ve never seen before, ways most of us probably were not prepared for. END_OF_DOCUMENT_TOKEN_TO_BE_REPLACED

Spencer: In recent months our Saga coverage has focused quite a bit on how Fiona Staples and Brian K. Vaughan have been taking their time, luxuriating in a slower pace and revealing more and more about their characters as they move pieces into place, setting up for a no doubt explosive finale. That said, no matter how much build up they have, grand confrontations don’t work the same way in Saga as they do in many other similar pieces of media; there’s no monologue-and-metaphor-filled matches of will, no intricately choreographed fight scenes, no thirty episode long battles as Namek slowly burns in the background. Instead, Saga’s finales reflect real life violence. They’re quick, brutal, often random, and care very little about the events that have led up to them or who’s right or wrong.  END_OF_DOCUMENT_TOKEN_TO_BE_REPLACED

In this game, Fischer (playing Black) demonstrates noteworthy innovation and improvisation. Byrne (playing White), after a standard opening, makes a seemingly minor mistake on move 11, losing tempo by moving the same piece twice. Fischer pounces, with brilliant sacrificial play, culminating in an incredible queen sacrifice on move 17. Byrne captures the queen, but Fischer gets far too much material for it – a rook, two bishops, and a pawn. At the end, Fischer’s pieces coordinate to force checkmate, while Byrne’s queen sits, helpless, at the other end of the board.

Bobby Fischer’s Breakthrough: The Game of the Century

When someone says a chapter of a story is “putting the pieces in place,” it’s usually meant to point out some emotional shortcoming. Putting the pieces in place is seen as perfunctory, a perhaps necessary prelude to the actual drama to come, lacking in any real emotional investment (and maybe even drawing our attention to the invisible hand guiding circumstances into position). But I think that attitude is entirely shortsighted, privileging the fallout of events more than the setup, and ignoring that the “pieces” and “places” are the raw materials for drama, so how and why they’re there are essential story elements. It’s the kind of attitude that would make Bobby Fischer’s famous “Game of the Century” is only thrilling in its final moments, as he finally forced Byrne’s king into checkmate, but any chess fan can tell you that the ending was set up 21 moves earlier, which in turn may have been set up six moves earlier still, reminding us that the simple act of moving pieces on the board is what drives the drama in a game of chess. Obviously, Saga isn’t a game, and the characters aren’t chess pieces (royalty notwithstanding), but it’s just a thrilling to watch them scoot into attack position — even when we can’t see the attack coming. END_OF_DOCUMENT_TOKEN_TO_BE_REPLACED

The current arc of Saga has, in many ways, been a slower one. That’s not a complaint — Brian K. Vaughan and Fiona Staples know exactly how to make even simple moments of domestic bliss, strife, or harmony absolutely riveting — just an observation. With Ianthe plotting in the background, and with Saga‘s track record of major twists and deaths coming at a fairly regular pace, there are likely some readers waiting impatiently to get to the next “big” moment and see exactly where this is all leading. Saga 51 brings us one step closer to a major reckoning, but it also reminds readers why these quieter issues are so essential to the series as a whole. END_OF_DOCUMENT_TOKEN_TO_BE_REPLACED

Taylor: Back in August, my wife and I packed up all of our worldly belongings and moved from Chicago to Denver. We’ve greatly enjoyed our new digs for the most part, but this doesn’t mean the transition was without its trials. I had lived in Chicago for nearly ten years, so moving to a new city meant saying goodbye to a lot of things and people I knew. I feel lucky to have undergone this momentous change with my wife, who has been a rock through it all. Point is, when you go through a big change, it’s always nice to have someone by your side, as Saga 50 illustrates. END_OF_DOCUMENT_TOKEN_TO_BE_REPLACED

Jane: You’re willing to have [your story] published and read by strangers, but you don’t want your best friend to see it?
Daria: Thank you for understanding.

Daria, The Story of D

I’ve never been all that good at communicating with my parents, especially when it comes to details about my life. It isn’t because I don’t like them or we don’t get along, but because I care so much about what they think about me that I’m terrified I’ll upset or disappoint them. It’s the same reason it’s easier for me to share my writing with, or even sing karaoke in front of, strangers than friends — people who actually know and care about you, whose opinions you respect, can hurt you far more than anyone else. Saga 49 finds more cast members than ever crammed into tight quarters, which makes the wounds they inflict upon each other all the more painful. END_OF_DOCUMENT_TOKEN_TO_BE_REPLACED

The most successful plot turns are ones that feel surprising but, in retrospect, inevitable. Brian K. Vaughan and Fiona Staples end Saga 46 with Petrichor and Robot in a passionate embrace. If this had happened on page one, perhaps the reader would have been thrown, but when the dust settles, it’s clear that this is where we were heading all along. Vaughan and Staples have fully established the depths of both Petrichor and Robot’s loneliness. Even their cliched verbal sparring into macking was telegraphed by the fact that they’ve both been reading romance novels, where kissing without first trading barbs is a rarity. END_OF_DOCUMENT_TOKEN_TO_BE_REPLACED

Ryan D: Since last issue’s final splasy page reveal — which Brian K. Vaughn and Fiona Staples love doing to us — my friends and I have been theorizing what the heck is happening with this male-looking version of Hazel who appears to Alana. The easy explanation would be that Alana is sick with her stillborn child and hallucinating. I find myself extremely pleased now, after reading this issue, that the approach the creative team took here is much more dramatically interesting than a mere hallucination. Having this apparition be a side-effect of the magical abilities which Alana temporarily sports due to her miscarriage helps to further the lore of the Horns’ magical abilities and the context in which they were used, and the fact that Marko, Alana, and Hazel all share sight of this magical illusion-child offers us crushing moments like this:

END_OF_DOCUMENT_TOKEN_TO_BE_REPLACED

When you are a kid, your family creates your idea of normal. It’s only when you go to a friend’s house and things are done just a little differently, that you can really define what makes your family unique. In Saga 44, Fiona Staples and Brian K. Vaughan reinforce what we know about Marko, Alana, and Hazel by giving us a fun-house mirror version of their family.

END_OF_DOCUMENT_TOKEN_TO_BE_REPLACED

Ryan M: Part of what makes Saga such a great story is that it operates on both the most literal and metaphorical levels. We are seeing the story of a nuclear family with relationships that are immediately recognizable. Marko and Alana’s romance is not a merely a vessel for a message about the power of love to transcend the boundaries created by heritage. They are two characters that have both the universal and specific complexities of each of us. Brian K. Vaughan and Fiona Staples deliver on both premises in Saga 43 as the crew regroups after Alana’s miscarriage and fights some dung people. END_OF_DOCUMENT_TOKEN_TO_BE_REPLACED