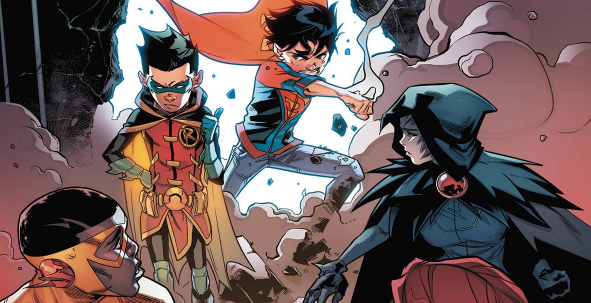 Spencer: Despite not making a single appearance, the Teen Titans loomed large over the first five issues of Super Sons. The Titans were Damian’s trump card, the cool older friends he could taunt Jon with whenever Jon gained the upper-hand against him. Amazingly, Jon never seemed all that affected by Damian’s bluster, at one point even telling Damian off for bringing the Titans up so much. This all changes as Peter Tomasi and Jorge Jimenez bring the Titans into the fold in Super Sons 6, adding some interesting new wrinkles to these two boys’ relationship. END_OF_DOCUMENT_TOKEN_TO_BE_REPLACED