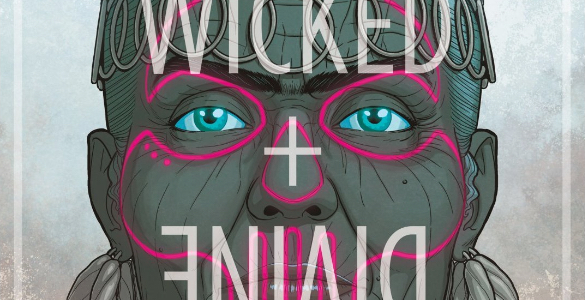 There are some stories that fall apart once they start giving out answers. Maybe all it had going for it was its mysteries, or maybe the mythology ended up dull or nonsensical, or maybe they spelled everything out in a long, listless exposition drop — the point is, the spark’s gone once the story reveals its secrets. Thankfully, The Wicked + The Divine is not one of those stories. Kieron Gillen and Jamie McKelvie turn doling out answers into an art-form, finding ways to fascinate even when revealing truths to their cast that readers already know.

Oftentimes waiting for characters to discover what we as the audience already know can be excruciating, but half the fun of The Wicked + The Divine 34 is realizing how much we know that the characters don’t. For example, it never occurred to me that Laura didn’t know that Ananke framed Lucifer. 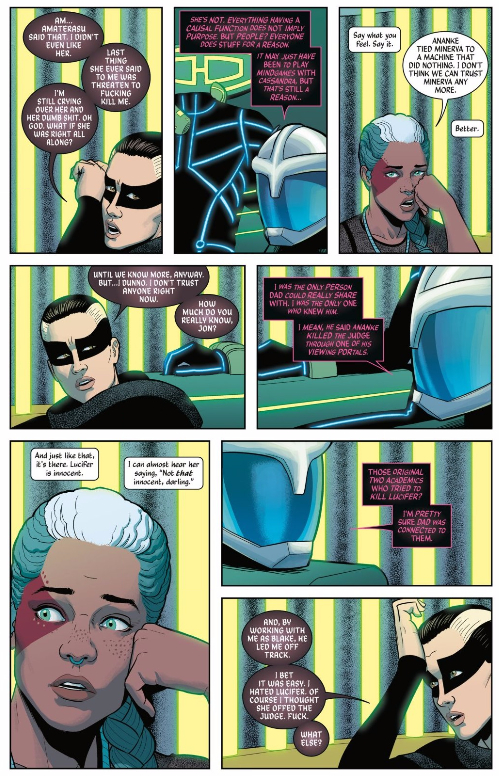 McKelvie, of course, makes the moment sing with that tragic look of realization on Laura’s face, but this entire page honestly impresses me. Gillen aces the dialogue and finds a nice rhythm between the characters, and he’s not just imparting information (to us or the cast) — he’s taking the time to show how what Laura and Cassandra are discovering affects them, and how their unique perspectives and thought processes help them uncover information in the first place.

It also helps that Gillen and McKelvie never make their answers too explicit. The audience is allowed to infer, come to conclusions, and theorize on their own, especially in the opening segment that backtracks 6000 years to reveal the origin of the Pantheon. It’s clear that the current rules of the Pantheon were established by Ananke and her divine sister after Ananke slaughtered many of the original gods in a bid for immortality, but there are so many details hidden in this scene that readers are allowed to discover on their own. My favorite may be the “origin” of the arc number four. 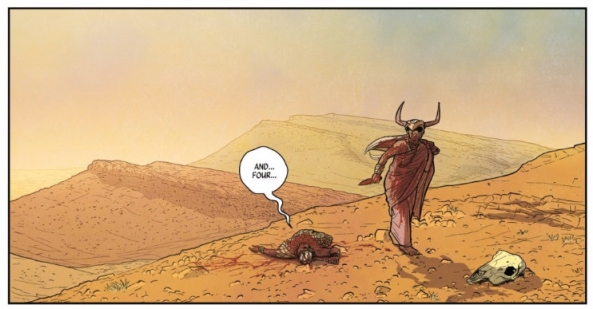 Four actually appears a few times throughout this sequence — the 12 gods are divisible by four, and Ananke needs four heads to complete her ritual and survive. Most important, though, is the four rules they establish for the Pantheon, which, for my money, appears to be the origin of the 1 2 3 4 rhythm that dictates their powers.

Perhaps most exciting, every bit of new information this scene reveals just creates new mysteries. Which god, exactly, is Ananke’s sister (it’s decided that she’ll be the last god to emerge in each recurrence, so she’s either a Norn or Persephone, right?)? Ananke here wears a horned skull, proves herself a betrayer, and lashes out with the power of a snake — could she perhaps be the original Lucifer? Hell, are Ananke and her sister the titular wicked and divine? God, the more I learn about this world the more intrigued I am. WicDiv in its endgame may just be my favorite mode for this series to operate in yet.