On the surface, grief and regret may not seem all that similar; one deals with an inescapable force of nature, the other is preoccupied with (potentially avoidable) personal failures. I might argue that regret is a kind of grief, albeit over the death of an idea or an opportunity, as opposed to a loved one, but there’s a more fundamental commonality between these two: how personal they feel. This can make both grief and regret feel very lonely, potentially driving us away from the friends and family who might want to support us through those difficult times. It’s a trap Ivy falls into, trying to go it alone in the face of her own grief and regrets, but Batman and Catwoman (and the entire creative team behind Batman 43) have a better way. END_OF_DOCUMENT_TOKEN_TO_BE_REPLACED

I wasn’t really sure what to expect from Batman: White Knight, but I can now safely say that it is indeed worth the hype. White Knight is part Elseworlds, part political commentary, and part meta commentary on a particularly shameful retcon of recent DC continuity. END_OF_DOCUMENT_TOKEN_TO_BE_REPLACED 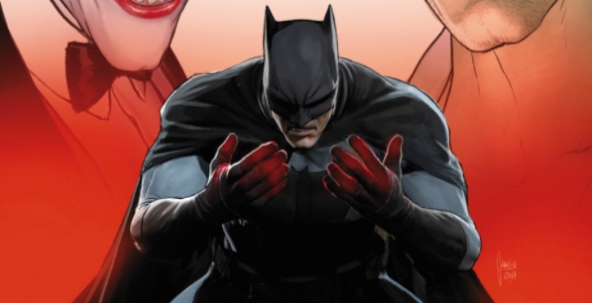 Drew: I used to work as an Assistant Dean for an academic enrichment program — basically, high-school students would come to a college campus for a few weeks over the summer to take some classes and get a feel for dorm living. The Dean’s office was there to keep kids out of trouble, or, more accurately, to address the trouble that the kids inevitably got into. Most of the time, the motives for their infractions were clear enough — they skipped class because it was boring or they tried to sneak into the girl’s dorm to see their girlfriend — but every so often, a kid would do something so inexplicable, the first question had to be “why?” And the answer, invariably, was “I don’t know.” Sometimes, our better judgement eludes us, allowing weird impulses or emotions to lead us to actions we can neither explain nor defend. It’s a phenomenon that teens are particularly prone to, with their hormonally-charged emotions and only-partially-developed impulse control, but it happens to adults, too (even sober ones). It is one of these moments that turns out to be Bruce Wayne’s “greatest sin,” as the climax of “The War of Jokes and Riddles” leads him to a rare flash of moral weakness. END_OF_DOCUMENT_TOKEN_TO_BE_REPLACED

Michael: I’ll admit, I haven’t really understood Tom King’s fascination with Kite Man during his tenure on Batman. King placed Kite Man in the middle of “The War of Jokes and Riddles” in Batman 27 and his tragic origin — Riddler poisoning and killing his son — still left me unmoved. Batman 30 marks the second part of “The Ballad of Kite Man” as well as my cold heart thawing to Kite Man’s tragic existence. END_OF_DOCUMENT_TOKEN_TO_BE_REPLACED 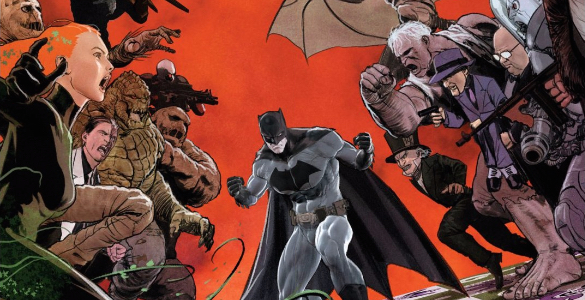 Marvel’s various takes on their Civil War franchise have all urged readers to “choose a side.” That’s not an approach Tom King and Mikel Janin can really take with “The War of Jokes and Riddles” though, because who wants to support either side of a war waged by sadistic supervillains? Yet, that’s exactly where Batman finds himself in Batman 29 — forced to pick between supporting either the Joker or the Riddler if he wants to end this war once and for all. END_OF_DOCUMENT_TOKEN_TO_BE_REPLACED

What is Batman’s weakness? Some might say his mortality, some might say his relationships, while others might argue that Batman has no weaknesses. Batman 28 argues that Batman’s largest, most vulnerable spot might be Gotham City itself. END_OF_DOCUMENT_TOKEN_TO_BE_REPLACED

Drew: Joseph Stalin likely never uttered this phrase, but while its provenance may be dubious, it’s hard to argue with its sentiment. We’ve all experienced this personally; individual deaths carry with them the nuance and beauty of the decedent’s death in a way that dozens of deaths simply can’t. Each of those deaths are felt singularly by the loved ones they affect, to be sure, but the rest of us can’t really fit the sum of those tragedies into our brain. They become, for lack of a better term, a statistic. This is why war stories are so rare in superhero comics — the higher death count doesn’t necessarily equal higher emotional stakes, so killing swaths of civilians runs the risk of making any one of those deaths lose whatever oomph it might have on its own. Writer Tom King seems keenly aware of how easy it would be for the victims of “The War of Jokes and Riddles” to become statistics, taking pains to emphasize just how deeply Batman feels each of those deaths. END_OF_DOCUMENT_TOKEN_TO_BE_REPLACED 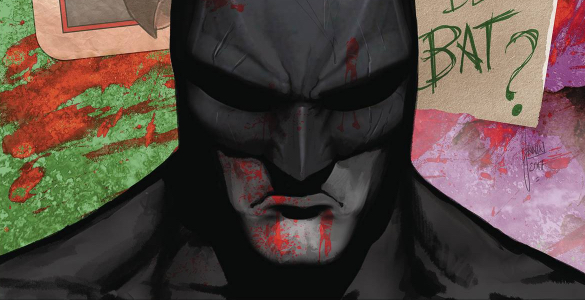 It takes quite a bit of hubris to think you can singlehandedly end crime, even in just one city. I’ve never been a fan of the interpretations that paint Batman as insane or as the genesis of his own enemies, but I do think there’s some merit to examining the negative effects his crusade on crime may create. That’s exactly what Tom King and Mikel Janin seem ready to do in “The War of Jokes and Riddles,” a storyline pitting the Joker and the Riddler against each other in a city-wide gang war that, of course, Batman blames himself for. END_OF_DOCUMENT_TOKEN_TO_BE_REPLACED

Michael: A sympathetic villain is one whose immoral actions are motivated by noble intentions. Rather than being an outright force of evil, the sympathetic villain tends to have an ultimate goal — the ends of which justify the means. As a mass audience we tend to like our villains to be at least somewhat sympathetic — allowing us to latch on to some human emotion and understand them. You know who also likes to sympathize with his villains? Batman. END_OF_DOCUMENT_TOKEN_TO_BE_REPLACED