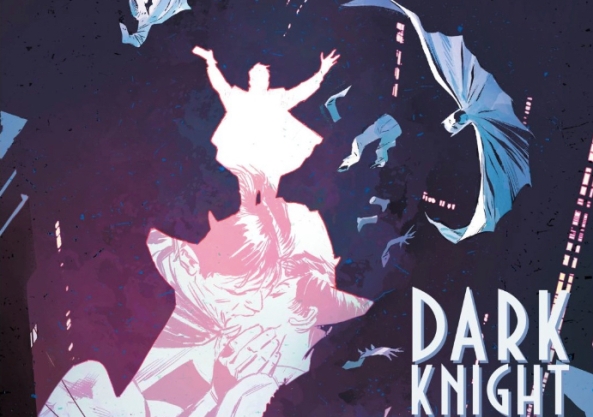 Spencer: The “Cold Days” storyline in Batman 51-53 has almost been sort of a mystery story, but the mystery isn’t “did Mr. Freeze commit murder,” it’s “why is Batman defending him?” Retcon Punch’s own Drew and I had a small debate about it in the comments of our discussion of issue 52; I believed that Batman, in his grief over Selina leaving him at the altar, had falsely incriminated Freeze, and was now looking to find justice for him, while Drew countered that Bruce buying his way onto a jury and pitching his own defense of Freeze isn’t justice at all. It turns out that, in a way, we were both right; Bruce is indeed driven by his grief over Selina and the mistakes it’s led him to make, but he isn’t seeking justice, he’s seeking absolution. END_OF_DOCUMENT_TOKEN_TO_BE_REPLACED

We’ve written a lot over the years about how the disparate tones of various incarnations of Batman have created a kind of range that the character operates in. Maybe he’s light and campy, maybe he’s dark and serious. Maybe he’s a high-tech wizard, maybe he’s a low-tech sleuth. Maybe he’s a bitter loner, maybe he’s cultivating an ever-growing family of friends and allies. That range applies just as much to the look of Batman, as different character designs emphasize different aspects of his character. Is his costume scary, or silly? Is humanity obscured by his costume, or made more obvious by it? In practice, the platonic image of Batman we keep in our minds might be just as diffuse as his mood — a kind of pastiche of the designs from, say, our favorite comics runs, Batman: The Animated Series, and maybe even a few movies. High in the mix for most modern comics fans, though, must be David Mazzucchelli’s distinctively line-smart Batman: Year One, which distilled Batman down to as few brush strokes and dabs of color as possible, creating a kind of shorthand iconography for the character that perfectly suited the early-days nature of that story. It’s a style that Lee Weeks and colorist Elizabeth Breitweiser evoke in Batman 52, though rather than celebrating that iconography, they’re interrogating it. END_OF_DOCUMENT_TOKEN_TO_BE_REPLACED 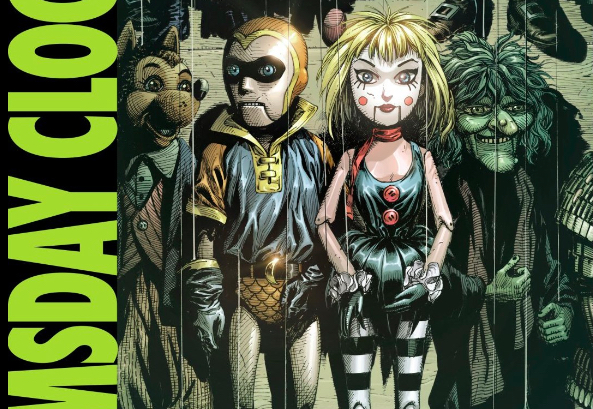 If I asked you to picture the single imagine that evokes Watchmen, what would you picture? Likely, you’re imagining the Comedian’s smiley face button, but I could also see an argument for Doctor Manhattan’s circular forehead logo. Both symbols are circles. I know that’s not exactly mind-blowing, but this is the level of visual rhetoric writer Geoff Johns and artist Gary Frank are playing with in Doomsday Clock 6.

The series continues to slump along in much the same way it did last time we talked about it. This time, Marionette and Mime are the focus of the story, which really doesn’t do Johns or Frank any favors. Stripped of all but the most tangential references to the Watchmen universe, the creators are left with the tone and tools of the piece to tell a story that spans two tonally discrete universes. If that sounds like an inadequate set of tools to complete an impossible task, that’s because it is. END_OF_DOCUMENT_TOKEN_TO_BE_REPLACED 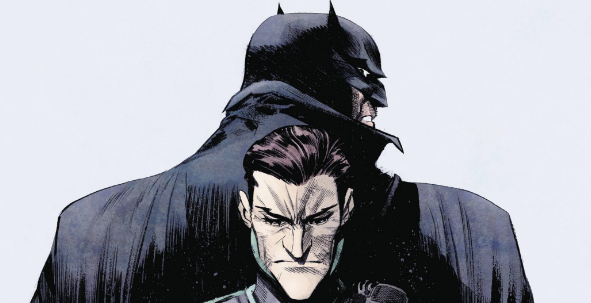 Sean Murphy debuted Batman: White Knight with a simple twist: what if The Joker went good and made Batman the villain? Throughout the subsequent seven issues, Murphy added unique layers to both The Joker, Harley Quinn and Gotham City as a whole. Batman: White Knight 8 closes out the series by bringing the attention back to The Caped Crusader himself. END_OF_DOCUMENT_TOKEN_TO_BE_REPLACED

As Batman: White Knight races towards its finale, Batman and Jack Napier come face to face with their own egos and shortcomings. After spending the majority of the series as an aggressive bully, Sean Murphy finally gives Batman the opportunity to be heroic again in Batman: White Knight 7. END_OF_DOCUMENT_TOKEN_TO_BE_REPLACED

I wasn’t really sure what to expect from Batman: White Knight, but I can now safely say that it is indeed worth the hype. White Knight is part Elseworlds, part political commentary, and part meta commentary on a particularly shameful retcon of recent DC continuity. END_OF_DOCUMENT_TOKEN_TO_BE_REPLACED

Michael: A sympathetic villain is one whose immoral actions are motivated by noble intentions. Rather than being an outright force of evil, the sympathetic villain tends to have an ultimate goal — the ends of which justify the means. As a mass audience we tend to like our villains to be at least somewhat sympathetic — allowing us to latch on to some human emotion and understand them. You know who also likes to sympathize with his villains? Batman. END_OF_DOCUMENT_TOKEN_TO_BE_REPLACED

END_OF_DOCUMENT_TOKEN_TO_BE_REPLACED

Today, Mark and Patrick are discussing Convergence: Nightwing/Oracle 1, originally released April 8th, 2015. This issue is part of Convergence. For our conversations about the rest of Convergence last week, click here.

Mark: It’s been about four years since DC’s controversial reboot into the New 52, and now that it’s come to a nominal end, I think it’s fair to say it was a success. Yes, I miss old, family-man Superman (and man was it great to see him again last week) but going back is also an illustration as to why the New 52 was necessary. Having that 30 years of history (counting from Crisis on Infinite Earths) was both a blessing and a curse. These characters were fully formed over decades of discovery. They were adults with families and complicated relationships. They carried the weights of their decisions with them. The problem is that eventually the weight of all that continuity became overwhelming, the stories you’re able to tell are limited by the past. END_OF_DOCUMENT_TOKEN_TO_BE_REPLACED

Drew: Peter Tomasi is an ideal utility player — he’s able to synthesize and adapt the ideas other writers introduce in flagship titles into something that can stand up on its own. He regularly turns what could be an unwieldy Frankenstein monster into something beautiful, so long as he’s given the space to do so. It turns out that last caveat is rather important — without appropriate time to develop the ideas, he’s forced to strip them down to the connective tissue they are, yielding stories that feel rushed and obligatory. Unfortunately, Detective Comics 23.3: Scarecrow falls firmly into this latter category, squandering some etherial, appropriately Scarecrow-y Szymon Kudranski art on a strange housekeeping issue. END_OF_DOCUMENT_TOKEN_TO_BE_REPLACED